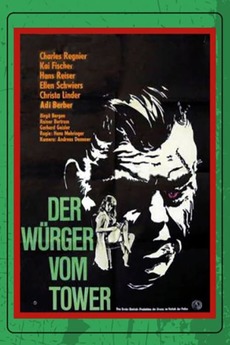 Strangler of the Tower
JustWatch

Strangler of the Tower

Five people have stolen a priceless, legendary emerald from a religious temple. One of them is slain by an unknown killer.

West German/Danish mystery/thriller cycle mainly made by Rialto Film in the 1960s. The subgenre was commonly based on stories by…