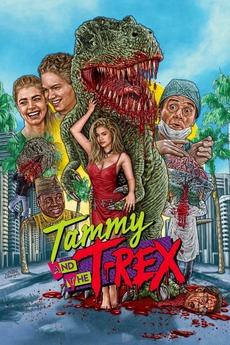 Tammy and the T-Rex
JustWatch

Tammy and the T-Rex

He's the coolest pet in town!

An evil scientist implants the brain of Michael, a murdered high school student, in an animatronic Tyrannosaurus. He escapes, wreaks vengeance on his high school tormentors and is reunited with his sweetheart Tammy. Together, the couple try to elude the mad scientist and the police and find a more appropriate vessel for Michael's brain.

Turn Your Brain Off

For when I’m feeling uninspired. Recommend some in the comments

I must confess, I wouldn’t be as much of a movie fan as I am now if it weren’t for…