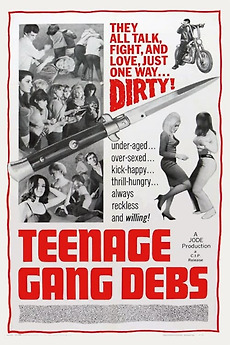 They all talk, fight and love just one way....Dirty!

Low budget gang movie in which Diane Conti plays rebelious teen Terry who moves to Brooklyn from Manhattan and soon gets involved in a gang. She soon muscles her way to the top making enemies as she goes.