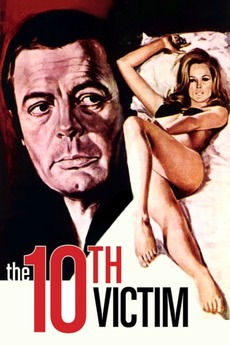 It's the 21st century and they have a licence to kill.

In the near future, big wars are avoided by giving individuals with violent tendencies a chance to kill in the Big Hunt. The Hunt is the most popular form of entertainment in the world and also attracts participants who are looking for fame and fortune. It includes ten rounds for each competitor, five as the hunter and five as the victim.