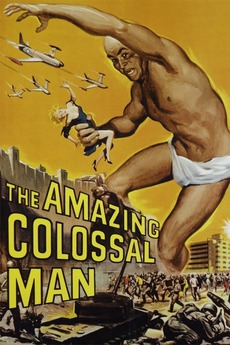 Lt. Col. Glenn Manning is inadvertently exposed to a plutonium bomb blast and although he sustains burns over 90% of his body, he survives. Then he begins to grow, but as he grows he starts losing his mind. By the time he stops he is 50 ft tall, insane and is on the rampage.