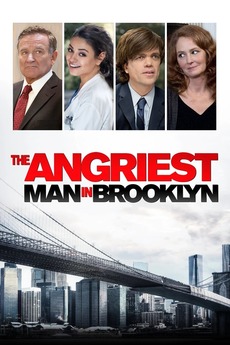 The Angriest Man in Brooklyn
JustWatch

The Angriest Man in Brooklyn

Everyone has a bad day. Henry has one every day.

After learning that a brain aneurysm will kill him in about 90 minutes, a perpetually unhappy man struggles to come to terms with his fate and make amends with everyone he has ever hurt.

inspired by miss danya herself, I figure if I have all of them listed I might be more active in…

I'm putting together a team...