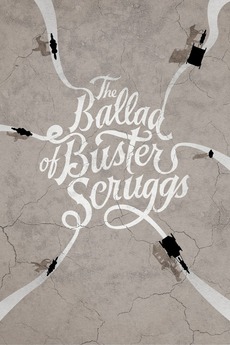 The Ballad of Buster Scruggs
JustWatch

Vignettes weaving together the stories of six individuals in the old West at the end of the Civil War. Following the tales of a sharp-shooting songster, a wannabe bank robber, two weary traveling performers, a lone gold prospector, a woman traveling the West to an uncertain future, and a motley crew of strangers undertaking a carriage ride.

Near Algodones, The Mortal Remains, Meal Ticket, All Gold Canyon, The Gal Who Got Rattled, La Ballata Di Buster Scruggs

Netflix is finally turning the corner with some polished top grade cinema. They churn out content at an exhausting rate.…