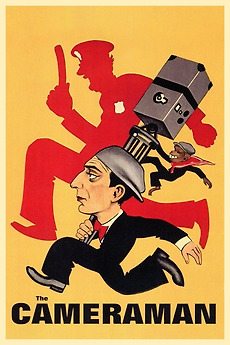 You'll laugh yourself completely out of focus!

A photographer takes up newsreel shooting to impress a secretary.