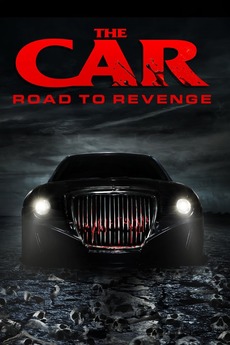 The Car: Road to Revenge
JustWatch

The Car: Road to Revenge

In a dilapidated cyberpunk city plagued by crime and corruption, an unscrupulous District Attorney is savagely murdered and tossed out of a building onto his brand new car. Mysteriously, the District Attorney and his car come back to life as a single being with a thirst for vengeance. The eerie driver-less car embarks on a vicious rampage exacting revenge on the criminals who murdered him. The Car: Road to Revenge is the stylized sequel to the unconventional horror cult classic The Car (1977), and features an homage to the original with the return of Ronny Cox as the Mechanic.

EVERY FILM I'VE EVER SEEN RANKED

Random Lists This list is constantly updated. Every time I watch a movie, I add it to the list, that's…

Movies I want to watch that look bad to awful (which doesn't necessesarily reflect their rating).

Disclaimer: I have not…

The Road to Ritch's: Hittin' the Road Movies

"All dash to and fro in motor cars, familiar with the roads and settled nowhere." — T. S. Eliot, The…

Vortex of Schlock 2021 Films Made of Awful

The 21st Century. Here is evidence of how idiotic we still are. (This list contains 2021 films made in the…