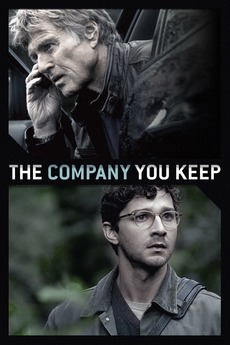 The Company You Keep
JustWatch

The Company You Keep

The greatest manhunt in history.

A former Weather Underground activist goes on the run from a journalist who discovers his identity.

I love these. Can we get together a definitive list of them? Doesn't matter if they're good. All suggestions are…

Eventually, I combined 3 of my different lists into one. It might seem questionable, but if you think about it,…