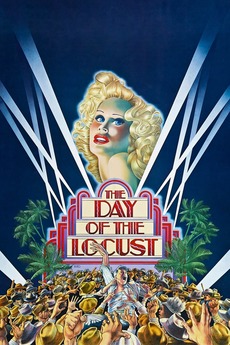 The Day of the Locust

Hollywood, 1930s. Tod Hackett, a young painter who tries to make his way as an art director in the lurid world of film industry, gets infatuated with his neighbor Faye Greener, an aspiring actress who prefers the life that Homer Simpson, a lone accountant, can offer her.