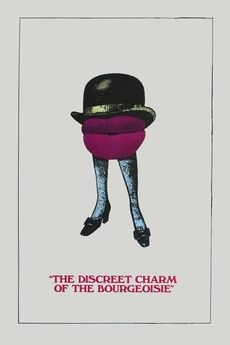 The Discreet Charm of the Bourgeoisie
JustWatch

The Discreet Charm of the Bourgeoisie

In Luis Buñuel’s deliciously satiric masterpiece, an upper-class sextet sits down to dinner but never eats, their attempts continually thwarted by a vaudevillian mixture of events both actual and imagined.