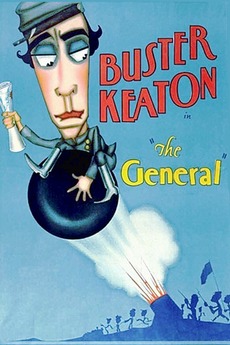 Buster drives "The General" to trainload of laughter.

During America’s Civil War, Union spies steal engineer Johnnie Gray's beloved locomotive, 'The General'—with Johnnie's lady love aboard an attached boxcar—and he single-handedly must do all in his power to both get The General back and to rescue Annabelle.