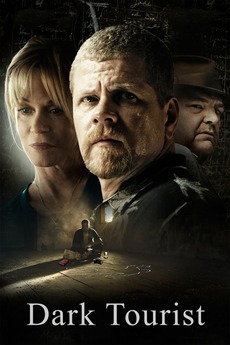 He Goes to Dark Places...

JIM TAHANA doesn't leave much of an impression when he passes you by. But look closer and you'll sense his hunger - the deep hunger of an insatiable American soul - always scanning to devour something - anything that might fill the searing, unexplained void within him. Jim obsesses over the hobby that has been part of his DNA since he was a young boy: grief tourism - the act of traveling with the intent to visit places of tragedy or disaster. Every year his week-long vacations from work are spent going to grief tourist locations in the lives of different serial killers he is fascinated with. This years obsession is Carl Marznap, a mass murder from New Orleans, Louisiana. But this trip is no ordinary vacation as Jim's rancid sexual impulses and weakening grip on reality deteriorate into a violent despair that will ultimately unlock an unspeakable secret festering within him, bringing The Grief Tourist to it's brutal and shocking finale...

Extreme, Surreal and Bizarre Movies of Some Interest

I've seen horrors... horrors that you've seen. But you have no right to call me a binge-watcher. You have a…

Remember this.. the Cinematic Journey is about…

"An encyclopedia and film diary of extreme, surreal, and bizarre movies"

With the announcement of the line-up for the 2013 FrightFest Halloween All-nighter, I thought it was about time there was…