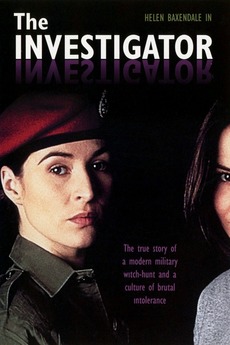 1989: Caroline Meagher is a sergeant with the Royal Military Police, with 12 years' experience, stationed in Northern Ireland. Two men from internal affairs grill her for four days: someone has accused her of being a lesbian. It's an offense that leads to court martial. In a series of flashbacks, we see her enthusiasm when she joins the force, her various assignments including investigating suspected lesbians, and her own slow discovery of her sexual nature. She, like others in her situation, must go to great lengths to avoid detection. Once reported, will she withstand the interrogation? Meagher herself comments on camera at the end of the film.