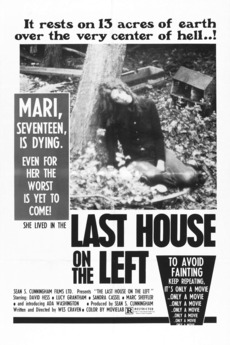 The Last House on the Left

It rests on 13 acres of earth over the very center of hell...!

A disturbed gang of youths kidnap, torture and murder two teenage girls; unbeknownst to the gang, the parents of one of the girls live nearby...