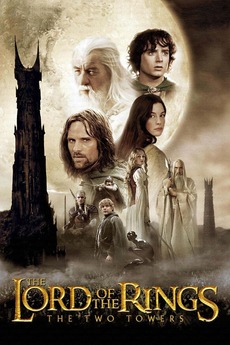 The Lord of the Rings: The Two Towers
JustWatch

The Lord of the Rings: The Two Towers

A New Power Is Rising.

Frodo and Sam are trekking to Mordor to destroy the One Ring of Power while Gimli, Legolas and Aragorn search for the orc-captured Merry and Pippin. All along, nefarious wizard Saruman awaits the Fellowship members at the Orthanc Tower in Isengard.