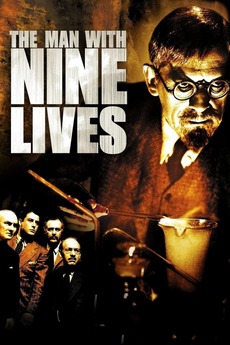 The Man with Nine Lives
JustWatch

The Man with Nine Lives

He kills in the name of science...Tombs of ice for the living...Chambers of horror for the dead!

Dr. Leon Kravaal develops a potential cure for cancer, which involves freezing the patient. But an experiment goes awry when authorities believe Kravaal has killed a patient. Kravaal freezes the officials, along with himself. Years later, they are discovered and revived in hopes that Kravaal can indeed complete his cure. But human greed and weakness compound to disrupt the project.

Chronological. Subject to constant change. I ran a 2018 horror poll for Cinematary and wrote some thoughts on the genre…

A very subjective concept--gothic horror, gothic melodrama, gothic art films, gothic everything. Can't vouch for their quality or just how…

Dr. Hugh Manon's Uberqueue: Two-Thousand films you might want to check out sometime...

"Although it remains axiomatic that Spielberg and Lucas should be condemned for using CGI to alter their own classic films,…

The Psychotronic Encyclopedia of Film - complete

This is the complete list of films, listed chronologically, from Michael Weldon's essential and influential The Psychotronic Encyclopedia of Film,…

Over the last few months I've really started falling in love with gothic horror. It all started with Mario Bava...…