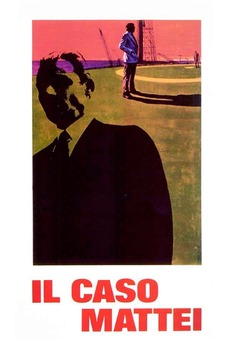 Enrico Mattei helped change Italy’s future, first as freedom-fighter against the Nazis, then as an investor in methane gas through a public company, A.G.I.P., and ultimately as the head of ENI, a state body formed for the development of oil resources. October 27, 1962, he died when his private airplane crashed, one minute before it should land at Milan airport. Officially, he died of a flight accident. Actually, many journalists explored other plausible reasons for the untimely landing of the small aircraft.

Does what is says on the tin. Minimum one film a week, probably won't see more than two - it…

This is a complete list of the winners of the Palme d'Or, the highest prize at the Cannes Film Festival.…

A list to compile some of the best "meta" films out there. I'm going to be fairly liberal with the…