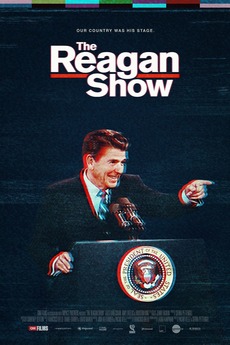 Our country was his stage

Comprised entirely of archival footage taken during those pre-reality-television years, The Reagan Show looks at how Ronald Reagan redefined the look and feel of what it means to be the POTUS.