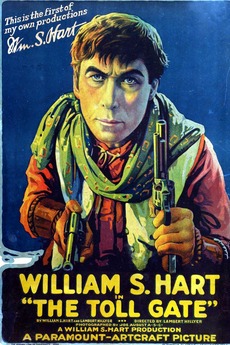 Outlaw Black Deering leads a band of desperadoes, but decides to give up the bandit life. Agreeing to go on one last job with his gang, he is captured when his henchman Jordan betrays the gang for the reward. Deering escapes and determines to avenge himself on Jordan.

Silent Era, probably the most important silent film site on the internet, has a long-running poll to find the best…

The films have been selected from various sources and opinions, most notably from Silent Era, Fritzi from Movies Silently, Lea…

Welcome to my first deep dive of the…

Silent Films watched. Only films with MORE than 40 minutes. In order of preference!

On October 27th, 2018, the unthinkable happened: WarnerMedia decided to close down their beloved streaming service, FilmStruck, within a month's…

Dr. Hugh Manon's Uberqueue: Two-Thousand films you might want to check out sometime...

"Although it remains axiomatic that Spielberg and Lucas should be condemned for using CGI to alter their own classic films,…

A fun new project while we're all locked inside, listed in chronological order, added as they happen.