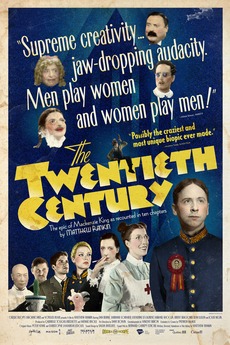 Toronto, Canada, 1899. William Lyon Mackenzie King (1874-1950) fervently believes that he is destined to become Prime Minister, but to do so he will first have to fight his personal obsessions and overcome the many obstacles he will encounter on his tortuous path to power.

The 20th Century, Le 20ème Siècle, The Twentieth Century: The Epic of Mackenzie King As Recounted in Ten Chapters

A Crash Course in Canadian Cinema

A quick guide to the best of Canadian cinema from my POV. I'm by no means an expert, and this…

Notes Toward a New Fabulism

(Not ranked, just want to know…