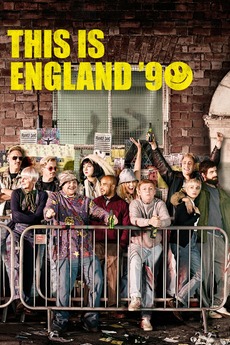 This Is England '90
JustWatch

Shaun, Harvey, Gadget, Trev and Kelly hit up the nightlife of raves and ecstasy. Woody and Lol are happy, living together with their kids and Combo is still in prison. But things slowly change. This is the year 1990 and This is England.

The 50 highest-rated limited and miniseries of the 2010s, according to the Letterboxd community (as at 1 January 2020).