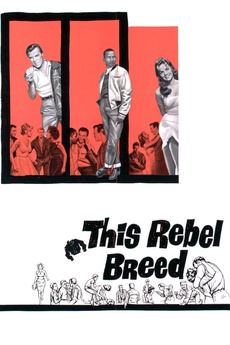 With Blazing Impact The Screen Looks Squarely Into The Face Of Today's Wild Teenage Emotions Caught In The Cross-Fire Of Love And Hate!

"Black Rebels" (also known as "The Rebel Breed") is about juvenile delinquents--in particular, kids who resort to racially motivated crimes. To combat this problem, the cops send two recent police academy graduates to a local high school to pose as students. However, the guys playing 'students' were 27 and 23 years of age! In fact, none of these teens looked close to being teenager. And, to make it worse, one of these pseudo-teens looks silly, as he's supposed to play a guy who is a biracial Latino--but this effect was achieved by painting his skin--it's quite obvious. And, oddly, some times he is a lot more black-looking than others!!

The Psychotronic Encyclopedia of Film - complete

This is the complete list of films, listed chronologically, from Michael Weldon's essential and influential The Psychotronic Encyclopedia of Film,…

A listing of all the films featured on the Drafthouse Films trailer compilation, TRAILER WAR. drafthousefilms.com/film/trailer-war

big fuckin list of all movies available on pizzaflix www.youtube.com/c/PizzaFlix/