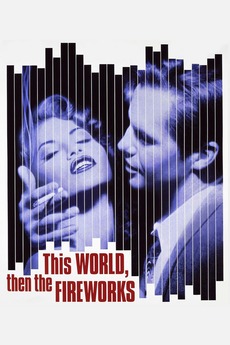 This World, Then the Fireworks
JustWatch

This World, Then the Fireworks

Meet Marty and Carol. Two people who are very good at being bad.

Marty Lakewood is a reporter forced to leave Chicago and his family because he had uncovered too much police corruption. He returns to his small home town on the California coast to his ailing mother and prostitute sister, with whom he had an incestuous affair. Being short of money, he seduces a woman cop in order to sell her house.

The bastard child of film noir, born in the era of shoulder pads, smoke machines, and Fredericks of Hollywood. Focusing…