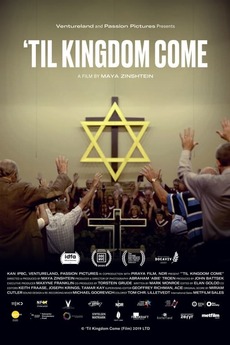 Emmy-winning Israeli filmmaker Maya Zinshtein (Forever Pure) returns to the Festival with this riveting exposé that investigates the unlikely connection between Jews and evangelical Christians in the U.S. and Israel, and the startling hypocrisy at its core. From conversations with a devout pastor and his congregation in rural Kentucky to meetings with religious leaders in Washington D.C. and Israel, Zinshtein closely follows Chicago native Yael Eckstein, President and CEO of the influential advocacy group the International Fellowship of Christians and Jews, in her fundraising and coalition-building efforts. What she uncovers is a shocking alliance rooted in apocalyptic prophecy and driven in unprecedented ways by Donald Trump’s White House.

An attempt to gather the entire program of IDFA 2020 on Letterboxd.