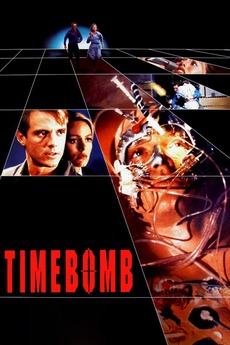 Eddy Kay is wired to explode

When someone tries to murder watchmaker Eddy Kay, the incident triggers a barrage of nightmares and flashbacks into a past that isn't his own. Fearing for his sanity, Eddy contacts psychiatrist Dr. Anna Nolmar for help. Anna thinks he's hallucinating until another attack proves the dangers are all too real. The two of them go on the run, trying to discover the truth about Eddie's past and true identity before it kills them.

Shout Factory (and its horror-based subdivision, Scream Factory) are a DVD and Blu-Ray distribution company in the US that release…

This horror-centric line from Shout! Factory presents classic, obscure, and new release horror films on Blu-ray and DVD, some on…

A list of the films released by Scream Factory

Blu-rays with movies I have in my own collection. (Letterboxd does not include TV series, so this is not a…