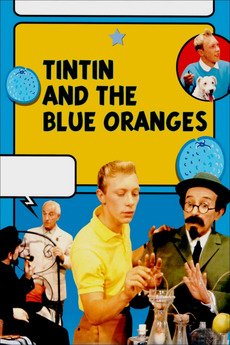 Tintin and the Blue Oranges
JustWatch

Tintin and the Blue Oranges

Professor Calculus's friend develops a blue-skinned orange that can grow on any kind of land and survive harsh weather (in the manner of Lue Gim Gong) and therefore solve world hunger. The Professor and his friends, however, run afoul of gangsters who also covet the fruit. The adventure takes them from their home in Marlinspike Hall (Moulinsart), a fictional mansion that is presumably in Belgium, to Spain, where Calculus and another scientist are kidnapped.

Films based on comics and graphic novels

The Most Comprehensive List of Films Sold, Distributed and Released Through Umbrella Entertainment Australia

Note: I apologise if this list is spamming LB. I am just trying to create a comprehensive database of films…

A film education in double…

A list comprising all films the British Film Institute (the BFI imprint) has released, or soon will release on Blu-ray…

Includes non-Japanese language comics, primarily American and Franco-Belgian, all grouped as such and ordered alphabetically (by original language title, in…

Adventure movies that have a similar vibe like the Indiana Jones movies in no particular order.