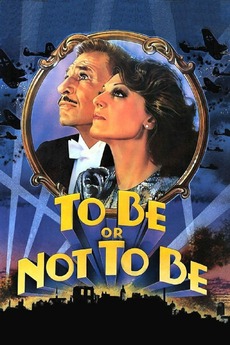 To Be or Not to Be
JustWatch

To Be or Not to Be

That is the movie!

A bad Polish actor is just trying to make a living when Poland is invaded by the Germans in World War II. His wife has the habit of entertaining young polish officers while he's on stage, which is also a source of depression to him. When one of her officers comes back on a Secret Mission, the actor takes charge and comes up with a plan for them to escape.

Mel Brooks' To Be or Not to Be, Essere o non essere, Det våras för Hamlet, 사느냐 죽느냐