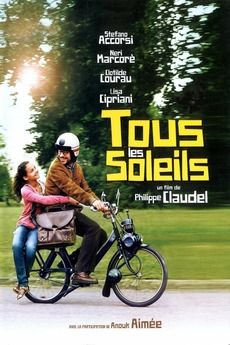 Alessandro teaches musicology at the university of Strasbourg. He is also a volunteer reader in hospitals. He shares his apartment with his daughter, 15-year-old Irina, and his anarchist brother Luigi. Life is not always rosy at Alessandro's for three main reasons : he is a widower and has never really recovered from the death of his young wife ; his brother is some kind of parasite who refuses to sell his paintings to capitalist speculators and so to contribute to the cost of the household ; Irina, whom he has raised alone since she was five months old and always felt close to, is rapidly changing from little girl to teenager and wishes to be treated as such. One day, Florence, a beautiful young woman, gets into Alessandro's life. Will he eventually take his chances with her? And will he manage to stop stifling Irina? And will he finally get on with Luigi?

Way back when in my 20s, I stumbled upon a film-rating website called Flixster (which was cool before it changed)…