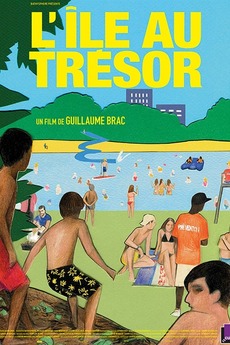 A summer on an island of leisure in the Paris region. Land of Adventures, dredge and transgression for some, place of refuge and escape for the other. Its pay range to its hidden nooks, the exploration of a Kingdom of childhood, in resonance with the bustle of the world.

bold yellow titles with a not too weird font. most, if not all text has to be yellow. no cursive,…

The magazine has picked its top ten films…