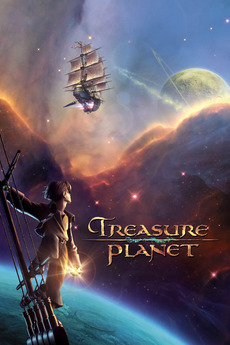 Find your place in the universe.

When space galleon cabin boy Jim Hawkins discovers a map to an intergalactic "loot of a thousand worlds," a cyborg cook named John Silver teaches him to battle supernovas and space storms. But, soon, Jim realizes Silver is a pirate intent on mutiny!

Science fiction is one of my favourite genres, and I thought it'd be fun to have a community vote to…