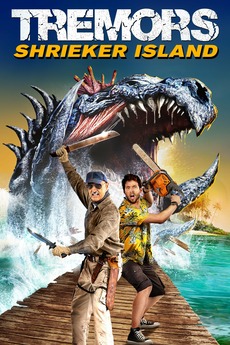 Graboids are illegally taken to a new island resort by a rich playboy as a dangerous form of trophy hunting, and Burt Gummer steps up to save the day.

All science fiction movie's I've seen. I will keep adding movies. I've excluded cross-genre movies that weigh heavily on the…

Horror films released (or planned to be released) in the year of 2020.

English language horror only, although a few foreign films may have slipped in.

Great list of Horror films so far for 2020. *If I miss anything, please don't hesitate to let me know.…

FILM SERIES FOR THE MASSES

Cloned from this guy letterboxd.com/johnch/. Thank him for creating this list, he has done an awesome job, I would like…

Trying to work my way through all of the big and little Horror*-related franchises & series out there. Hell, there are…