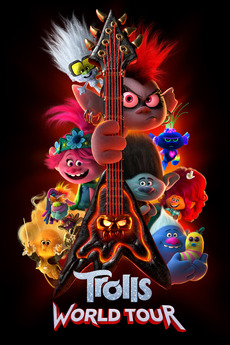 Queen Poppy and Branch make a surprising discovery — there are other Troll worlds beyond their own, and their distinct differences create big clashes between these various tribes. When a mysterious threat puts all of the Trolls across the land in danger, Poppy, Branch, and their band of friends must embark on an epic quest to create harmony among the feuding Trolls to unite them against certain doom.

I didn't see many lol

My old roommate loved having girls call him daddy and I heard it a lot! So now I hate this…

Starting a list of potential nominees for those doing the groundwork for Oscars 2021. If you've got any suggestions for…