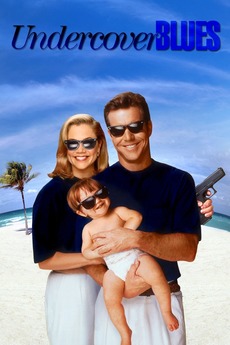 Intelligence runs in the family.

When fun-loving American agents Dennis Quaid and Kathleen Turner are called back from maternity leave for a special assignment in New Orleans, the spy parents decide to skip the sitter and give their bouncing baby girl the adventure of a lifetime. There's nothing to the dumb story about a deadly arms dealer in the Louisiana Bayou, but you'd be hard put to find a friskier pair of doting parents.

Recent and Fair Movies: Every film after 1965 that's rated 2 out of 4 stars in 'Leonard Maltin's 2015 Movie Guide: The Modern Era'

Ranking the Movies of the Decade 1990's

Ranking all the films i've seen of the nineties.