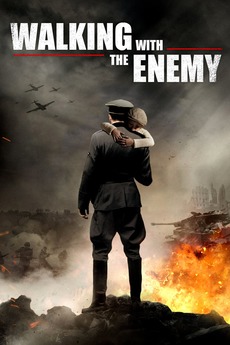 Walking with the Enemy
JustWatch

Walking with the Enemy

Regent Horthy is the leader of Hungary and a German ally, but his favorable standing with Hitler changes as the war comes to an end. Forced to cede Hungary’s power or else witness the execution of his son, Regent Horthy gives up control of his country to the Nazis, who quickly move Hungarians to ghettos and death camps, with no hope in sight. But the despair changes when a young man named Elek emerges. Separated from his family during the relocations and aided by the woman he loves , Elek defies the enemy by becoming one of them. In a race against time, disguised as a Nazi Officer he embarks on a mission to save his family and thousands of his countrymen.

every film ever nominated for the Political Film Society "Stanley" Awards

From Wikipedia: "The Political Film Society, a nonprofit corporation, was formed to recognize the ability of films to raise consciousness…

back to the camera

Movies and mini-series were set in pre-WWII and before the Beatlemania started.

War films acknowledge the horror and heartbreak of war, letting the actual combat fighting (against nations or humankind) on land,…