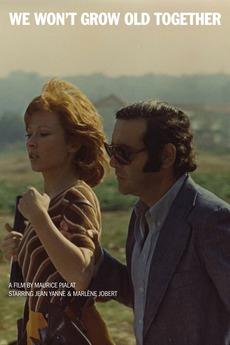 We Won't Grow Old Together
JustWatch

We Won't Grow Old Together

Jean has been married to Francoise for years, but his relationship with his wife has been all but over for a long time. She's hardly ever around, always traveling to Russia for work, and she drifts in and out of the film as well, reflecting the ephemeral nature of their marriage.