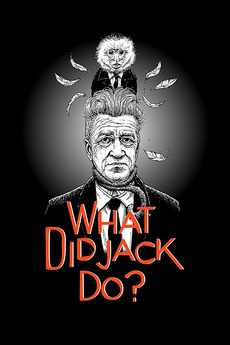 WHAT DID JACK DO?
JustWatch

WHAT DID JACK DO?

In a locked down train station, a homicide detective conducts an interview with a tormented monkey who is suspected of murder.

All The Feature Films That Steven Soderbergh Watched In 2020

All the feature films that Steven Soderbergh watched in 2020, roughly sorted by watch date. Multiple viewings are noted in…

Haha, I barely saw anything this year. I feel bad. This is all I've got. But…