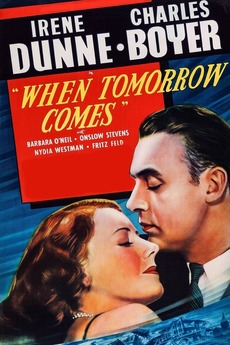 Romance and heartbreak walk hand-in-hand when Philip Chagal accidentally meets Helen Lawrence in a restaurant where she is a waitress. Unhappily married to a woman who suffers from mental illness, he is attracted to her and they make a date to go sailing, arriving at Philip's country home just as a storm is breaking. Helen learns who he is for the first time, a celebrated-and-famous concert pianist and, falling in love with him, decides to leave before matters go further. A hurricane hits and their car is crippled by a falling tree. Rising water forces then to seek shelter in the choir loft of a church, where they spend the night.

You Don't Get Me, I'm Part of the Union!

Til the day I die *nods*