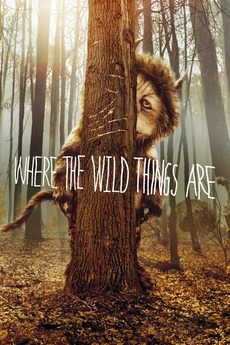 Where the Wild Things Are
JustWatch

Where the Wild Things Are

There's one in all of us.

Max imagines running away from his mom and sailing to a far-off land where large talking beasts -- Ira, Carol, Douglas, the Bull, Judith and Alexander -- crown him as their king, play rumpus, build forts and discover secret hideaways.