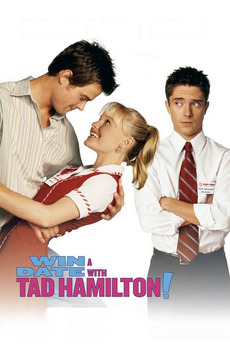 Win a Date with Tad Hamilton!

In every love story, there's only room for one leading man.

A small-town girl wins a date with a Hollywood star through a contest. When the date goes better than expected, a love triangle forms between the girl, the celebrity, and the girl's best friend.

(UPDATED: November 22, 2020) Here's a complete listing of films streaming on HBO Max. I'll do my best to keep…

A list of films that incorporate the Wilhelm Scream. I haven't seen all of these so if you can help…

UPDATED: April 2020 (Removed some stuff I don't think really fits here on this list, added some glaring omissions, and…

Essential Films for a Teenage Girl in the early 2000s

this is a list of Romantic Comedies they are what they are unapologetically.