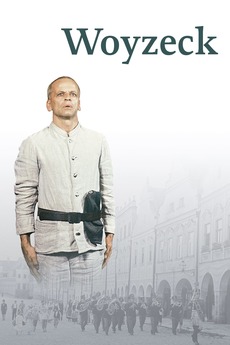 Having fathered an illegitimate child with his lover, Marie, feckless soldier Franz Woyzeck takes odd jobs around his small town to provide some extra money for them. One of them is volunteering for experiments conducted by a local doctor, who puts Woyzeck on a diet of peas. This serves to drive him close to madness, and the discovery that Marie is involved in an affair with the local drum major exacerbates the situation. Pushed too far, Woyzeck resorts to violence.

Updated on 4/7/2021 - A list, arranged in order of original release, of all films associated with the Criterion Collection,…

Frank Ocean’s list of his 100 favorite films, as published in “Boys Don’t Cry” on the release of his album,…

All the films mentioned by Gilles Deleuze in Cinema 1: The Movement Image and Cinema 2: The Time-Image because someone…

Films that won major awards at the Cannes Film Festival

Films I Have on My Hard Drive

I have a 4tb hard drive that I'm trying to fill. I'm primarily interested in rare and hard to find…