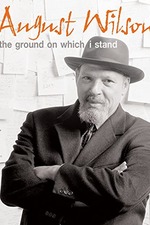 August Wilson: The Ground on Which I Stand

August Wilson: The Ground on Which I Stand 2015

Made as part of PBS’s American Masters series, Pollard’s 2015 feature documentary was the first to be made about August Wilson, the Tony- and Pulitzer-winning playwright who chronicled the Black experience in 20th-century America through a series of plays that stand as cultural touchstones. With his customarily thoughtful and candid approach, Pollard takes us through Wilson's life with rare interviews and remarkable access to Wilson’s archive, but his primary focus is on the writer’s art. Featuring excerpted performances and dramatic readings from his enduring 10-play cycle—including Fences, Jitney, and Ma Rainey's Black Bottom—August Wilson: The Ground on Which I Stand provides an illuminating sense of the artist’s life and craft.

Now playing for free in our Virtual Cinema until 1/22 as part of our Tribute to Sam Pollard.