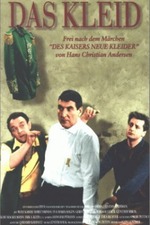 In this politically alert adaptation of Hans Christian Andersen’s fairy tale The Emperor’s New Clothes (formally banned for ten years and shelved for decades until its completion in 1991), travellers Hans and Kumpan come to a city encircled by a gargantuan wall, in which strange things seem going on and a tyrannical, vain emperor demands that they craft a new wardrobe for him that will inspire fear and servility among his subjects. Petzold’s parable about the Berlin Wall and the despotism that kept it in place has taken on a new resonance in the USA and around the world in the age of refugees, border concerns and, of course, Trump’s wall.

On the Beach at Night Alone