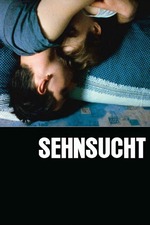 German director Valeska Grisebach takes her time. Since her 2001 debut Be My Star, she has made three films, including the recent NYFF55 selection Western, all of which star non-actors and involve extensive preparatory interviews with people from the regions in which she shoots. To write Longing, her wrenching portrait of love and betrayal in a small German town, she asked a number of couples from Berlin-Brandenburg about their personal lives. Out of their responses she crafted a rich story about a metalworker and firefighter who puts his blissful marriage to his childhood sweetheart in jeopardy when he finds himself falling—against all expectations—into an affair with a waitress in the town next door. Luminous, plainspoken, and utterly unpretentious, Longing is one of contemporary cinema’s great domestic tragedies.