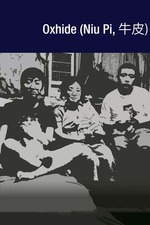 In Liu Jiayin’s first film, over the course of 23 carefully choreographed shots, we watch the young filmmaker, her parents, and their cat act out a thinly fictionalized version of the life they share in a cramped Beijing apartment, where her father makes leather handbags. Liu made Oxhide when she was 23 and still at the Beijing Film Academy, and the movie’s precise, immersive attention to working-class city life brought it wide international acclaim. It was followed by a longer, even more rigorously confined sequel, Oxhide II. “As long as my family is around,” Liu wrote, “Oxhide will continue. It might be in the apartment, but we might go outside. We might go to a park. As long as we are there, no matter where we are, it’s all Oxhide… it is a subject that will go on because life will go on.”