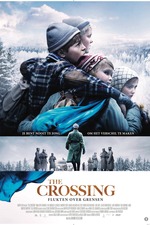 Adapted from a best-selling novel by Maja Lunde, this film tells the story of four Norwegian children on the run from the Nazis during a freezing December in 1942. 10-year-old Gerda is a bright, energetic girl who enjoys reading The Three Musketeers and bugging her older brother, Otto. But suddenly, before Christmas, her parents are arrested. It turns out that they are part of the resistance and have secretly been sheltering two Jewish kids in their basement. Now bound together and on their own, the young group decides to leave Norway and cross the snowy terrain into neutral Sweden. Director Johanne Helgeland has crafted an accessible, family-friendly film about friendship, trust, and courage.

Now playing in our Virtual Cinema until 1/17 as part of the 2021 New York Jewish Film Festival.