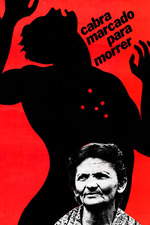 In 1964, Eduardo Coutinho was at work on a film about João Pedro Teixeira, who was murdered by the police as a result of his efforts to organize farm workers in northeast Brazil. The director cast non-actors in the production, including Teixeira’s widow, who plays herself, but shooting was cut short in the wake of the military coup that same year; footage was seized, a number of participants imprisoned. The project was resumed 20 years later, as the country was transitioning to a democracy, but had begun to take a rather different shape: Coutinho incorporated the earlier material as well new interviews with those originally involved and reflections on the injustices of the interval, yielding a prismatically reflexive, genre-defying essay on political commitment and life under dictatorship.

The Other Side of Hope