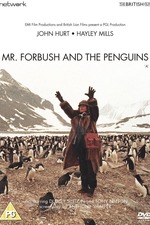 Mr. Forbush and the Penguins

An utterly strange film proposition in 1971 when British film production was entering its decade of doldrums, which is not surprising given the box-office potential of this offering. After a preamble reel set in London academia, we are off to the Antarctic for eccentric John Hurt's scholarly study of a penguin colony. And that's kind of it.

In the years before David Attenborough made his mark, this prolonged look at the remarkable mating habits of penguins would have been fascinating and unique. The extensive location filming of the creatures is still compelling. The dramatic element just about passes muster.

End of the Century

The Trouble with Angels