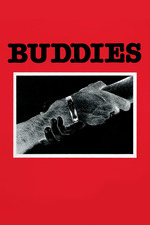 They say the Holocaust is fading from people's memories. They say that its horrors and impact are no longer understood because those who lived directly through it are passing away, because we're around 80 years out from it. In the mainstream media, they don't mention that this is also in part because of the intentional obfuscations about what really happened.

The same seems to be true, in many ways, of AIDS.

Reagan and his cronies and puppets laughed, and thousands of queer people died. No U.S. politician, capitalist, or servant of the state wasn't complicit. And the misinformation--both intentional and not--that came with it combined with the intentional divisions of class, race, sexuality, and gender that the bourgeois subject the working class to sewed the seeds of a worldwide pandemic that would see millions die (and counting). It was not, initially, answered with compassion.

This film came out early on. It's one of the first, and one of the best, films to tackle the subject. It does not flinch away from taboo subjects. It doesn't dehumanize the characters. It doesn't try not to be political. It's explicitly anti-assimilationist. (It's also very, uh, white, unfortunately, which quietly ignores the impact the pandemic had on communities of color.) It does things that few other films about HIV/AIDS ever did or do. It's a milestone.

For me, the key moment is when Robert masturbates.

In too many films, sexuality, lust, desire are demonized in the wake of HIV/AIDS. The idea that someone who is sick would still have desires is ignored. It's completely taboo at best and at worst, it is actively denounced. It's fear-mongered. In this film, it's treated with nothing but kindness. I watched the scene tense with fear that the nurse would walk in, but instead, Robert and David share tenderness in this moment. It's not humiliating. It's not treated as a moment of danger for David. It's not treated as gross. It's treated with compassion. It's treated with love.

That alone sets this film apart, but the fact that it also dives into the history of queer resistance and focuses itself on calling on the privileged few among the queer communities of the time to fight back makes it the opposite of so many HIV/AIDS narratives in film. This is not demanding your sympathy for a privileged man who happens to be gay and HIV+. This is showing you a fighter who never stops fighting. This is calling you to join him, because he cannot win alone.

The fact is, those who stood up in this era did so much for us. The people who fought for the rights of AIDS patients (queer people, trans people, people of color) in this era set the stage for what little we've gained today. We owe a debt to the generation lost to the pandemic and the callous capitalist response, and that debt is to heed the call of this film and their legacy and keep fighting.